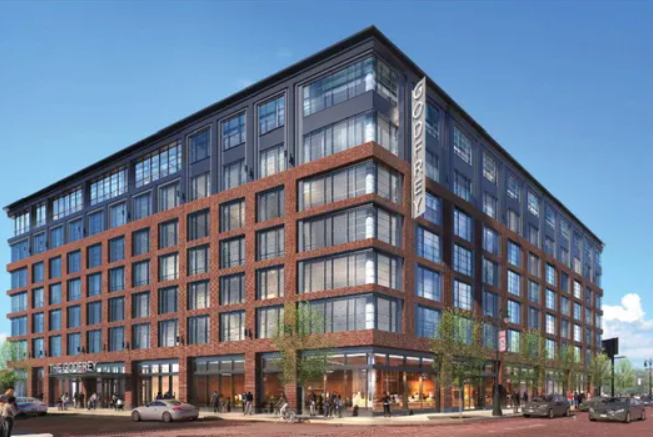 Plans for a new 227-room hotel in the Corktown neighborhood of Detroit Michigan are moving forward. The proposed seven-story, $74-million Godfrey Hotel would be built at 1401 Michigan Ave., pending the demolition of a vacant building. The project is a joint venture by Oxford Capital Group and Hunter Pasteur Homes, and received approval Tuesday from the Michigan Strategic Fund to round out its future $5.1-million state- and local-level brownfield tax capture at the site as a development incentive. Once built, it would be the fifth Godfrey Hotel in the country, including locations in Chicago, Boston and Tampa, Florida. The hotel would contain a restaurant, a bar, a ballroom and a rooftop café. Seth Herkowitz, is partner at Hunter Pasteur and member of the hotel’s development team. The new hotel is planned to open late 2022.
For more information on this and upcoming hotel construction and renovation projects in the planning, design, pre-construction and construction phase including who is involved with their contact information, Project & Supply Pricing Quotes, Preferred Vendor Directory, Careers & Featured Vendors please visit: HotelProjectLeads.com and subscribe today.