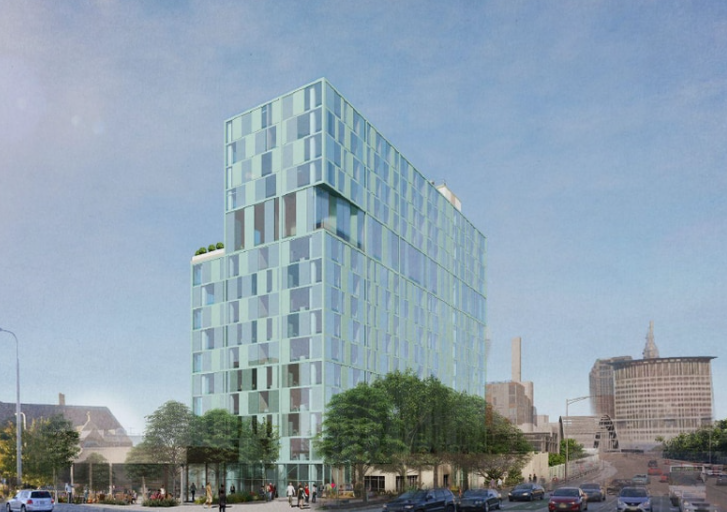 The Cleveland Ohio Landmarks Commission approved revisions for plans for a high-rise apartment/hotel building overlooking the Flats from the west end of the Veterans Memorial (Detroit-Superior) Bridge. The 16-story, 88,306-square-foot building is to feature a luxury restaurant on the 11th floor, with a balcony. Earlier plans called for a 17-story, 200-foot building, instead of the current proposal for the 16 stories rising 186 feet. And the number of apartments has been reduced from 170 to 140. Unchanged are plans for 130 hotel rooms. Jonathan Evans with Mass Design Group is the project architect. Grammar Properties LLC and M. Panzica Development are the project developers.
For detailed information on upcoming hotel developments, construction & renovation projects in the planning, design, pre-construction and construction phases including who is involved plus their contact information and our Preferred Vendor Directory & featured vendors please visit: HotelProjectLeads.com and subscribe today.