Downtown Hyatt Hotel to be Re-developed 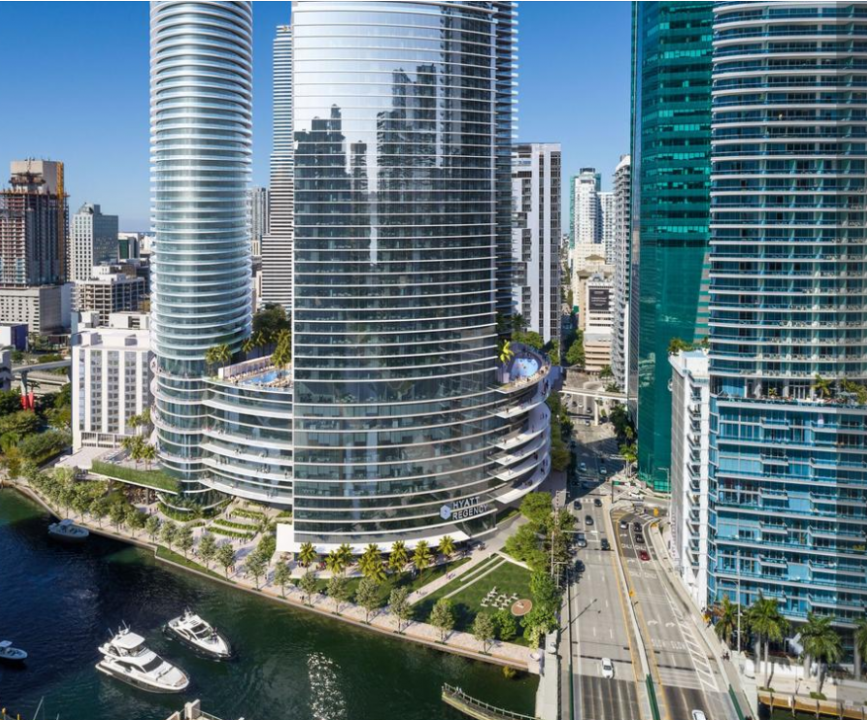 Hyatt Hotels Corp. and partner Gencom revealed plans to completely demolish the Hyatt Regency Hotel and the James L. Knight Center performing arts venue in downtown Miami Florida and replace them with a mixed-use project featuring three towers. Hyatt and Gencom lease the 4-acre site at 400 S. Second Ave. from the city. Developed in 1982, it currently has a 615-room hotel and the 4,500-seat Knight Center. Designed by Arquitectonica, the plan calls for 1,542 apartments, a 615-room hotel and 190,000 square feet of meeting and event space. The project would have two 61-story towers and an 80-story tower connected by a podium with 1,100 parking spaces, 20,000 square feet of coworking space, 12,000 square feet of restaurants and retail space and the event space. The two smaller towers would have a combined 682 units and the taller tower would have 860 units. A skybridge with a restaurant would link the two smaller towers. Phil Keb is vice president of development for Gencom.
For detailed information on upcoming hotel developments, construction & renovation projects in the planning, design, pre-construction and construction phases including who is involved plus their contact information and our Preferred Vendor Directory & featured vendors please visit: HotelProjectLeads.com and subscribe today.