Historic Herring Hotel to be Renovated 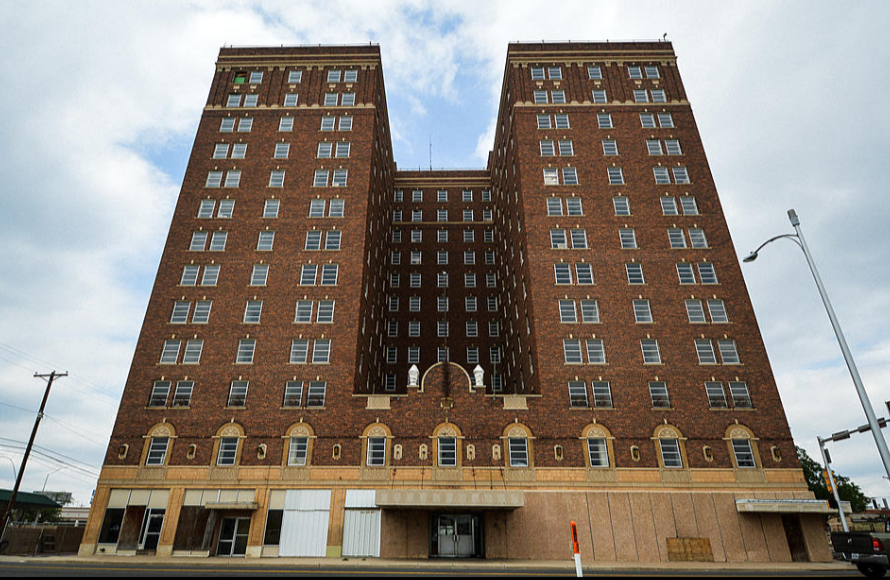 Hotel developer Blue Print Hospitality led by CEO Kunal Mody plans a complete renovation of the historic Herring Hotel in Amarillo Texas. Sandvick Architects has been selected to design the renovation which would be complete over the next three years. The hotel will feature a fully-renovated collection of 250 guest rooms and amenities. The hotel will also feature a rooftop lounge, business facilities, event ballrooms, restaurants, coffee shop, and retail options along with modernized amenities. The Herring Hotel was one of three oil-boom era hotels built in the 1920s. It was the largest of these types of hotels, and home to the Old Tascosa Room, where cattle and oil barons gathered to discuss business and unwind. The Old Tascosa Room featured western frescoes painted by noted muralist and artist H.D. Bugbee. Only one of the frescoes is intact after a water main flooded the basement several years ago. The hotel’s 14 stories and 600 hotel rooms made it the largest of the 1920s era buildings. Its builder, Cornelius Taylor Herring was a pioneer, cattleman, oilman and banker. He also owned 98,000 acres of the LS Ranch north of Amarillo. The Hotel was converted into federal office space in the early 1970s, but was abandoned a short time later.
For detailed information on upcoming hotel developments, construction & renovation projects in the planning, design, pre-construction and construction phases including who is involved plus their contact information and our Preferred Vendor Directory & featured vendors please visit: HotelProjectLeads.com and subscribe today.