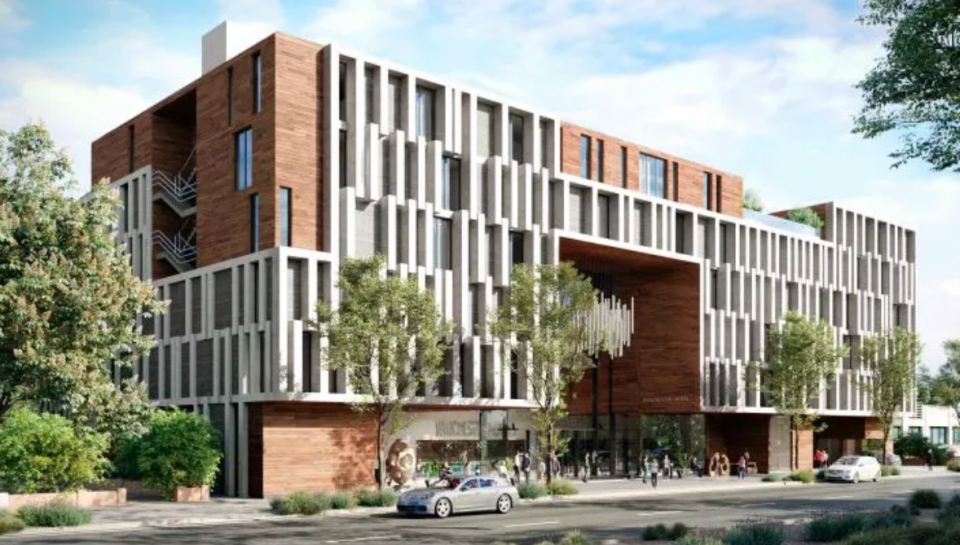 Developers are planning a 119-room hotel proposed to be built on a .69-acre parcel at 1212 S. Winchester Blvd. in San Jose California. The hotel would be located within the city’s Winchester Boulevard Urban Village Plan a blueprint approved by the City Council in 2017 to guide a shift toward denser development along a 1.5-mile commercial stretch of Winchester Boulevard in West San Jose between Interstate 280 and Impala Drive. The hotel would be the first tall building allowed under the blueprint’s density focus, according to the city. For several blocks on that side of the road north and south of the hotel, one- and two-story homes, apartment complexes, strip malls and shops dominate the landscape. Dr. Adam Askari is the project developer. Carpira Design Group is designing the hotel.
For detailed information on upcoming hotel developments, construction & renovation projects in the planning, design, pre-construction and construction phases including who is involved plus their contact information and our Preferred Vendor Directory, please visit: HotelProjectLeads.com and subscribe today.