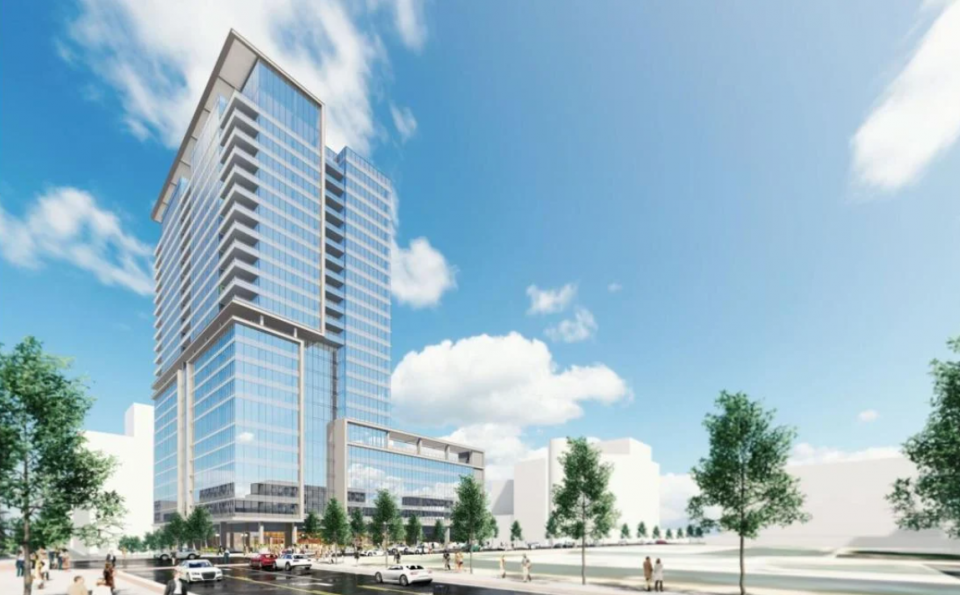 Developers are planning a $100 million project in Clayton Missouri, a hotel and condominium development. Green Street Real Estate Ventures and its partner Midas Enterprises, plan to build a glass and steel tower on the corner of Forsyth Boulevard and South Central Avenue. Green Street and Midas plan to build 73 condominiums and 180 hotel rooms at 4 South Central Avenue in Clayton. A restaurant, rooftop bar, retail, 400-vehicle parking garage and 300-person event space also are planned. The developers own the property from 2 South Central Avenue to 22 South Central, and from 7814 Forsyth Boulevard to 7818 Forsyth they have under contract to buy. Phil Hulse is CEO of Green Street. David Robert is CEO of Midas.
For detailed information on upcoming hotel developments, construction & renovation projects in the planning, design, pre-construction and construction phases including who is involved plus their contact information and our Preferred Vendor Directory & featured vendors please visit: HotelProjectLeads.com and subscribe today.