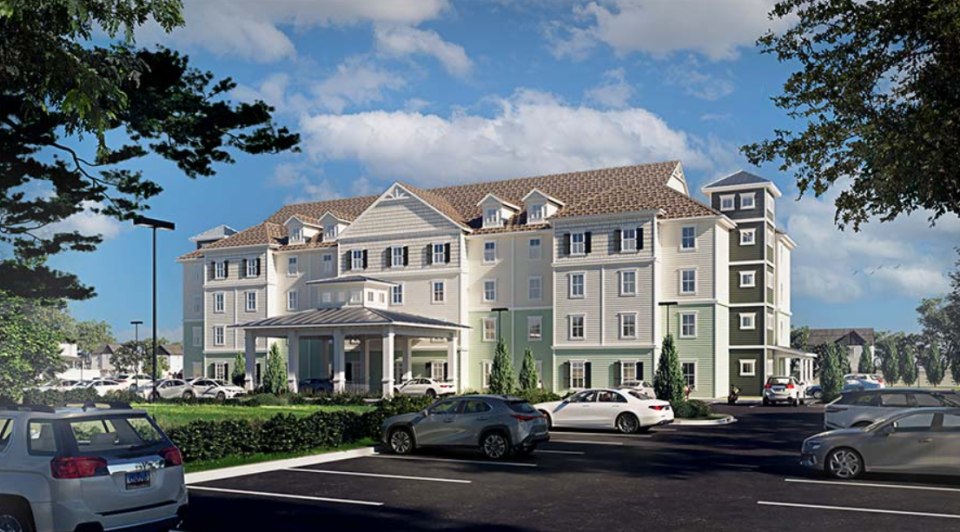 The Nags Head Planning Board recommended that the town commissioners approve the site plan for Inn at Whalebone, a four-story 90-unit hotel being proposed for 6632 W. Pheasant Avenue in Nags Head, North Carolina. The property, situated near the Duck Thru gas station, is just south of Nags Head Golf Links and the Village at Nags Head and just north of the Soundside Event site where the event center is being proposed. The hotel would be accessed off of Lakeside Street, which is used as an access to the residential subdivision of Roanoke Shores, which lies west of the proposed hotel. House Engineering, P.C. is the applicant for the project, which would be located in the Village at Nags Head Hotel District. There are 93 parking spaces proposed for the hotel, which includes architectural features such as dormers and a covered porch area.
For detailed information on upcoming hotel developments, construction & renovation projects in the planning, design, pre-construction and construction phases including who is involved plus their contact information and our Preferred Vendor Directory & featured vendors please visit: HotelProjectLeads.com and subscribe today.