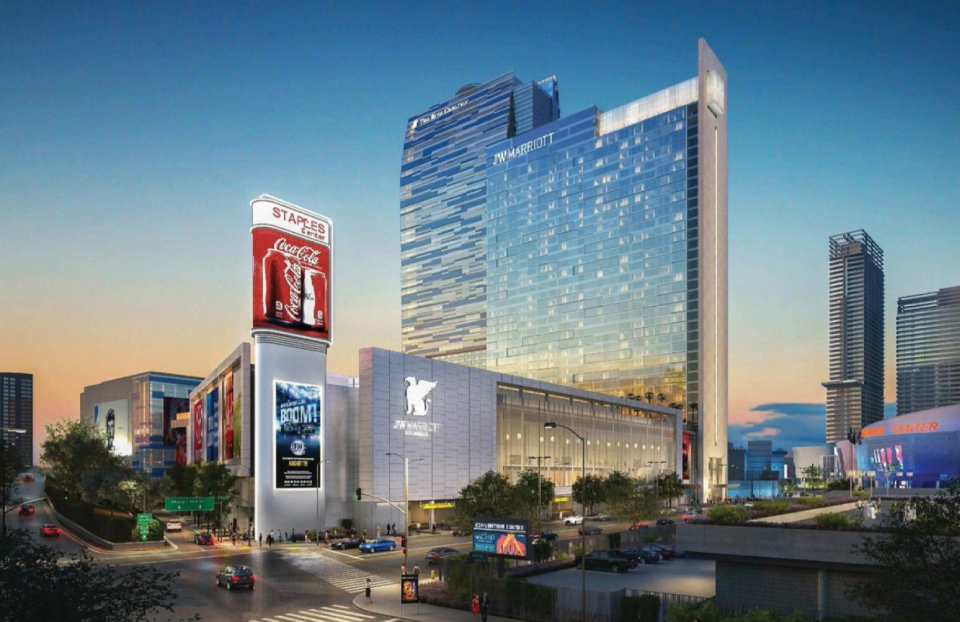 The City of Los Angeles, California Planning Commission has given the go-ahead to a more than $1 billion project which will simultaneously expand the Los Angeles Convention Center and adjoining J.W. Marriott hotel complex. The plan, which is being carried out through a public-private partnership between the City of Los Angeles, AEG, and Plenary Group, calls for the construction of a 37-story tower above an existing parking garage at Chick Hearn Court and Georgia Street featuring a total of 861 hotel guest rooms and a conference center with 228,000 square feet of meeting rooms, multipurpose space, and other functions. The Gensler-designed tower would rise approximately 450 feet in height, and include a large amenity deck facing the western property line. The existing garage, converted into a podium for the hotel, would be wrapped with more than 20,000 square feet of signage. Combined with the existing J.W. Marriott and Ritz Carlton hotel, which features just over 1,000 guest rooms, the expanded project would be the second largest hotel in California if built today.
For detailed information on upcoming hotel developments, construction & renovation projects in the planning, design, pre-construction and construction phases including who is involved plus their contact information and our Preferred Vendor Directory & featured vendors please visit: HotelProjectLeads.com and subscribe today.