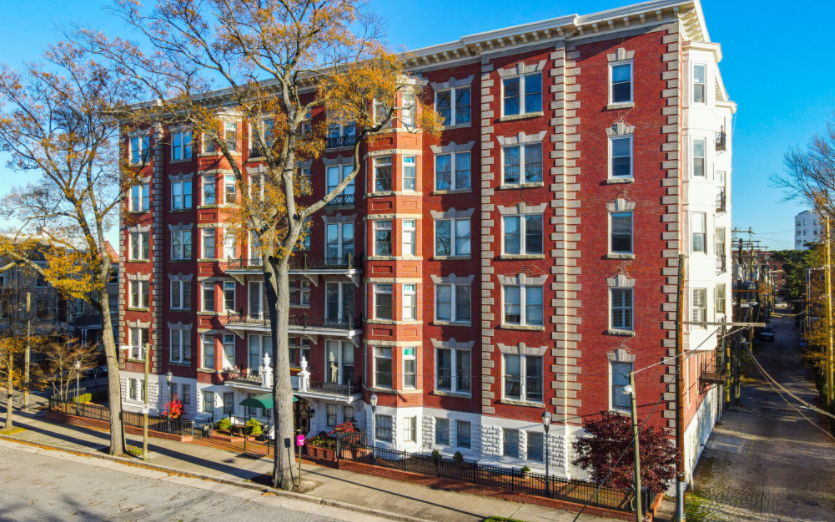 The Shenandoah building at 501 N. Allen Ave in Richmond Virginia will be converted into a 70-room hotel. The six-story building is located north of the circle on Monument Avenue. The formal plans were confirmed last week by Ari Heckman, CEO of ASH NYC, which bought the property in the fall for $3.5 million. ASH owns three boutique hotels in Detroit, New Orleans and Providence and has two in the works in Philadelphia and Baltimore. With 35,000 square feet, The Shenandoah previously served as the headquarters of local ad firm The Martin Agency in the 1980s and most recently was a senior living facility. The parcel is currently zoned residential, so ASH is seeking a special-use permit to allow for a hotel. Mark Kronenthal of Roth Jackson is representing ASH in the entitlement process. ASH is budgeting about $15 million for the renovation of The Shenandoah and expects to begin work in the latter half of 2022. Plans include a lobby-area cocktail bar and café. Commonwealth Architects is the project’s architect.
For detailed information on upcoming hotel developments, construction & renovation projects in the planning, design, pre-construction and construction phases including who is involved plus their contact information and our Preferred Vendor Directory, please visit: HotelProjectLeads.com and subscribe today.