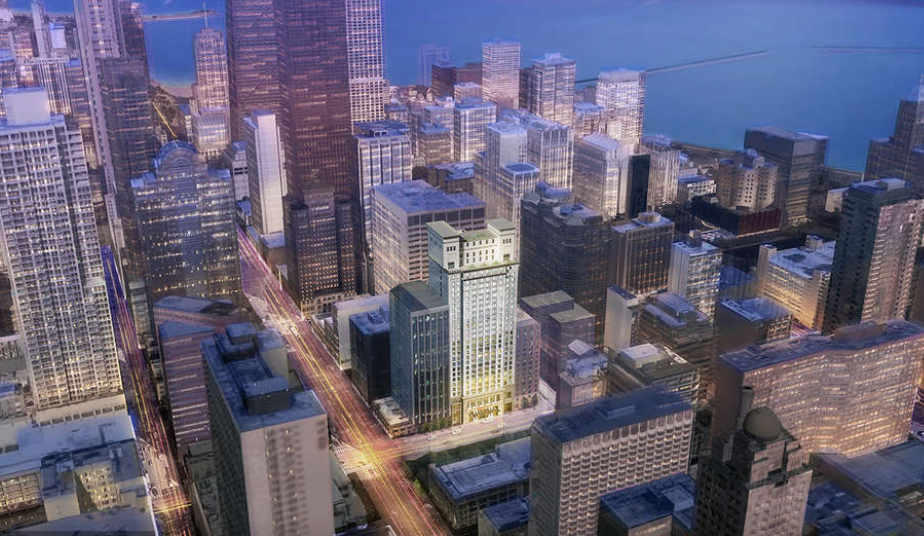 RIU Hotels & Resorts plans to build a Riu Plaza urban hotels after purchasing a plot of land in the heart of Chicago. The newly-built skyscraper will house a hotel with 28 floors and more than 350 rooms. Construction work will begin in spring 2022 and is expected to last for around two years. The building that houses RIU’s new 4-star hotel will be Chicago School, an architectural style developed in this city in the late 19th and early 20th century that used pioneering materials and techniques to construct large buildings. The future Riu Plaza hotel will be located at 150 East Ontario Street in the Streeterville neighbourhood, an area that is brimming with commercial and cultural life close to the famous Navy Pier, with the Chicago River to the south and Lake Michigan to the east. It will be fully focused on travellers visiting the city for business or tourism and will offer a competitive range of services including breakfast, just like the chain’s other Riu Plaza urban hotels. The classic facade will complement the building’s modern and functional interior, with a stand-out Sky Bar on the 26th floor.
For detailed information on upcoming hotel developments, construction & renovation projects in the planning, design, pre-construction and construction phases including who is involved plus their contact information and our Preferred Vendor Directory, please visit: HotelProjectLeads.com and subscribe today.