Mall to be Re-developed into Mixed Use Hotel Project 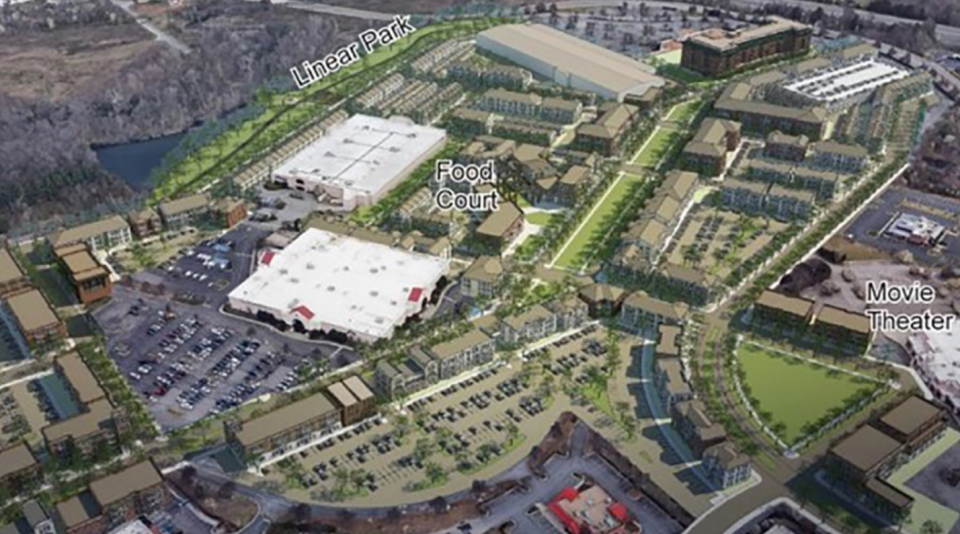 Developer Rebkee Co. started work in recent weeks to raze the former Macy’s store at the Virginia Center Commons mall’s eastern end, where collaborator Shamin Hotels is planning a hotel that would anchor the new development, a mix of residential and retail, alongside an indoor sports and convocation center for Henrico County Virginia. Rebkee and Shamin also purchased the mall’s J.C. Penney store which now part of the project. Plans show the bulk of the site filled with multifamily residential and mixed-use buildings, as well as park spaces and greenways, including a primary greenway that would form a type of pedestrian Main Street through the site. The hotel and arena, closer to Interstate 95, would be built first, with the rest of the site filling out after that. While the mall would be replaced, the plans do call for retaining the food court structure and adapting it as a central, open-air gathering area.  Rob Hargett is principal of Rebkee and is also redeveloping the former Regency Square mall in Henrico with partner Thalhimer Realty.
For more information on this and upcoming hotel construction and renovation projects in the planning, design, pre-construction and construction phase including who is involved with their contact information, Project & Supply Pricing Quotes, Preferred Vendor Directory, Careers & Featured Vendors please visit: HotelProjectLeads.com and subscribe today.