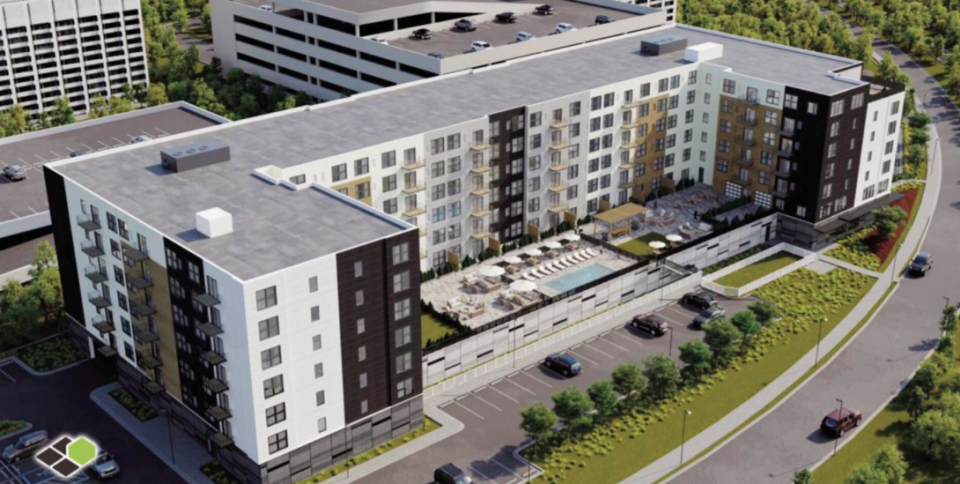 A redevelopment is planned for the site of the former Santorini restaurant in St. Louis Park Minnesota. St. Louis Park City Council has approved a six-story hotel and a six-story apartment building by the developer, Mortenson. Mortenson is seeking to trade the planned 149-unit apartment building for a seven-story structure with 233 units northwest of the Interstate 394 and Highway 169 interchange in place of the hotel. Twenty percent of the apartments would be considered affordable for residents making up to half the area median income. Each of the higher floors in the building would contain offices to accommodate people working from home. A club room, fitness room and a lobby lounge are also envisioned. A deck on the second floor would provide outdoor seating and space for grilling, lawn games and exercise. A dog run would be built on the ground floor on the south side of the building.  Base4 Architects & Engineers is designing the project.
For more information on this and upcoming hotel construction and renovation projects in the planning, design, pre-construction and construction phase including who is involved with their contact information, Project & Supply Pricing Quotes, Preferred Vendor Directory, Careers & Featured Vendors please visit: HotelProjectLeads.com and subscribe today.