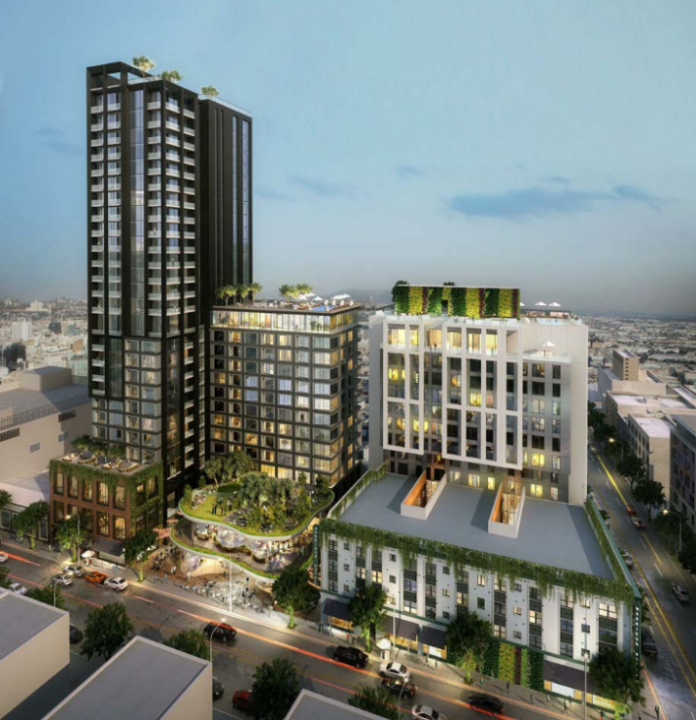 Developer Relevant Group is planning a redevelopment of the Morrison Hotel in downtown Los Angeles California. Relevant started working on redevelopment plans about six years ago. It then bought several parcels at the site for more than $40 million. The company has revealed plans to build a 444-key hotel with 136 adjacent residential units on the site, located at 1246 South Hope Street. Relevant Group had focused its efforts on Hollywood, building out hotels between Sunset and Hollywood boulevards. Also at 121 West 3rd Street, in downtown Los Angeles the firm plans to build a 331-unit apartment building to replace a parking lot and on Olive Street, Relevant has also filed plans to build a 19-story building with 329 rental units.
For detailed information on upcoming hotel developments, construction & renovation projects in the planning, design, pre-construction and construction phases including who is involved plus their contact information and our Preferred Vendor Directory & featured vendors please visit: HotelProjectLeads.com and subscribe today.