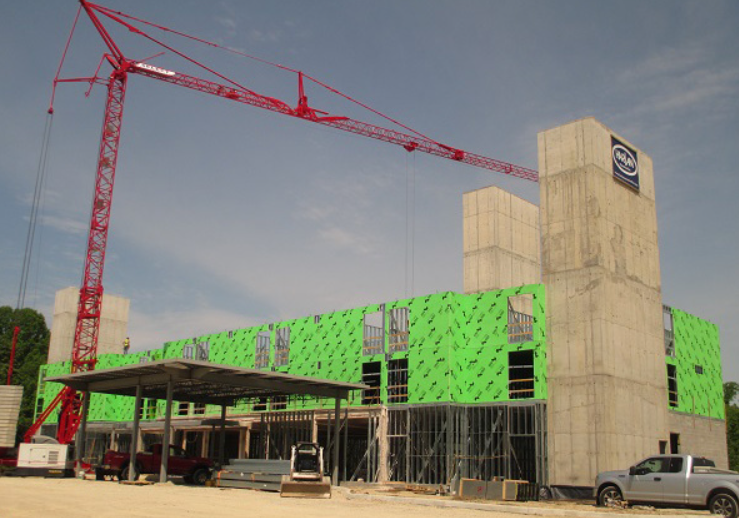 Hotel developer Sina Hospitality is building a SpringHill Suites hotel located at 12301 Redwater Creek Road in Chester Virginia.   The seven-story, 122-room hotel is rising on the northwest side of the Route 10/West Hundred Road interchange. The 5-acre site is behind the Cracker Barrel restaurant and next door to the Fairfield Inn Richmond Chester. Sina’s hotel is one of three that it’s actively working on, having just opened a Fairfield Inn last month in Louisville, Kentucky. It’s opening another Fairfield Inn in Louisville in June, and it’s also developing a Home2 Suites in St. Louis, Missouri, among other properties on the drawing board. Ravi Patel in CEO of the company. Harlan Construction is the general contractor, and Nitin Kulkarni with Glen Allen-based Design Enclave Consultants is the architect. Applegate Consulting Engineers is the structural engineer, and The Site Design Co. is the civil engineer. Other firms involved include MEP Green Design & Build. The $20 million project was expanded with an additional floor and four more rooms than initially planned. Targeted for completion in spring 2022, the hotel will include a 5,000-square-foot meeting space planned on its lower level and another 1,100-square-foot event space on the floor above that.
For more information on this and upcoming hotel construction and renovation projects in the planning, design, pre-construction and construction phase including who is involved with their contact information, Project & Supply Pricing Quotes, Preferred Vendor Directory, Careers & Featured Vendors please visit: HotelProjectLeads.com and subscribe today.