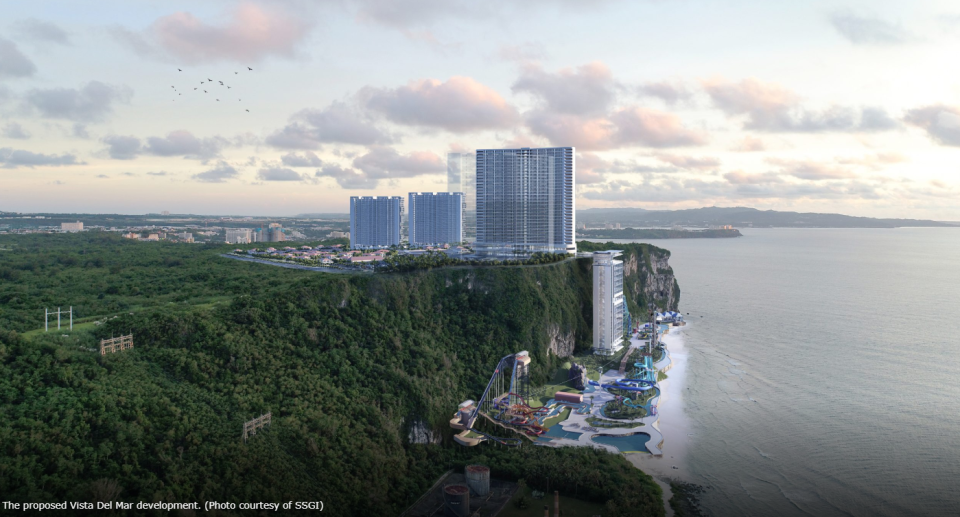 The Guam Hybrid Land Use Commission will approve a development plan for a $600 million hotel, condominium and housing project near Two Lovers Point in Tamuning, Guam. The developers of Vista del Mar made several changes in response to public testimony about the project, including relocating a proposed water park from the shoreline to the plateau above and reducing the height of the condominiums. The area is zoned for hotel and resort use. The proposed development includes a 736-room hotel, which would be built against the cliff near Tanguisson Beach and extend to the plateau above. The hotel against the cliff would be 31 stories, connected to a 33-story building above. Developers also plan to build a water park on the plateau next to the hotel, condominiums and 50 single-family homes. The project consultant is Dan Swavely of Vista del Mar International LLC.
For detailed information on upcoming hotel developments, construction & renovation projects in the planning, design, pre-construction and construction phases including who is involved plus their contact information and our Preferred Vendor Directory & featured vendors please visit: HotelProjectLeads.com and subscribe today.