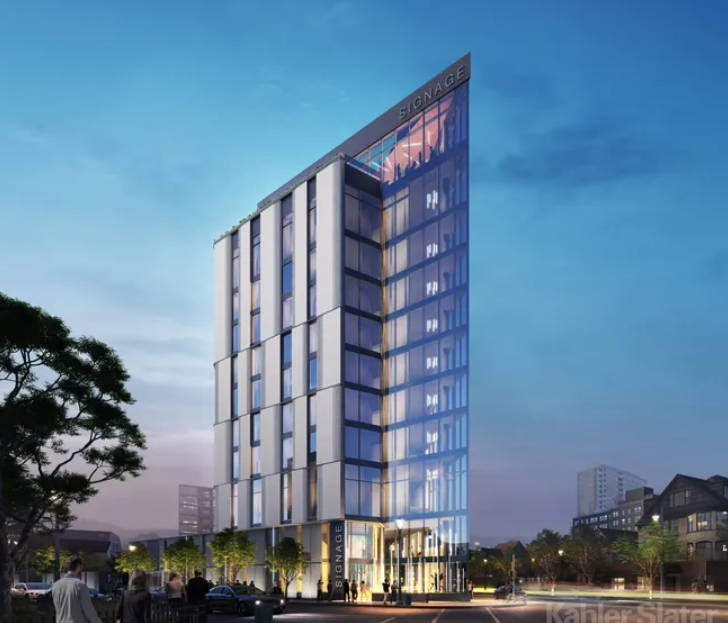 An 11-story hotel with 130 rooms is being proposed for a site just off East Brady Street Milwaukee Wisconsin’s east side. It would be constructed at 1709-1723 N. Farwell Ave. by developers Michael Klein and Jeno Cataldo or Klein Development Inc. The 18,200-square-foot project site, just north of East Brady Street, is now home to the Farwell Point building that houses Mega Media Xchange, a gaming store. That two-story building would be razed. Details about the hotel, including its brand name, are still being worked out. Construction is planned to begin by the end of 2023. Kahler Slater is the project architect.
For detailed information on upcoming hotel developments, construction & renovation projects in the planning, design, pre-construction and construction phases including who is involved plus their contact information and our Preferred Vendor Directory & featured vendors please visit: HotelProjectLeads.com and subscribe today.