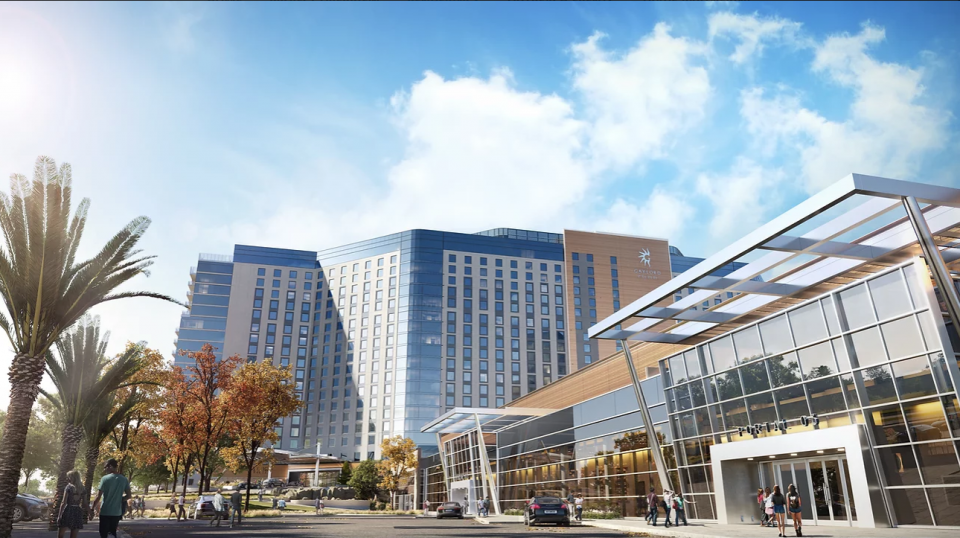 One of the largest developments on the West Coast is close to breaking ground after decades of work. The Port of San Diego and city of Chula Vista passed several steps that pave the way for construction on the billion-dollar, Gaylord Pacific resort hotel and convention center. The deal involves the Port of San Diego, developer RIDA, hotel operator Gaylord/Marriott, JP Morgan and several governmental agencies. Along with construction of the resort hotel, open and park space will also be expanded. The future Sweetwater Park is expected to be completed before or by the time the resort is completed. The Gaylord Pacific Resort and Convention Center will include 1,600 guestrooms, multiple restaurants, sports bar, resort style pool, recreational facilities and convention center with meeting rooms and ball rooms. The project team also includes: Mortenson, McCarthy and HKS Architecture.
For detailed information on upcoming hotel developments, construction & renovation projects in the planning, design, pre-construction and construction phases including who is involved plus their contact information and our Preferred Vendor Directory & featured vendors please visit: HotelProjectLeads.com and subscribe today.