School Being Converted to Boutique Hotel 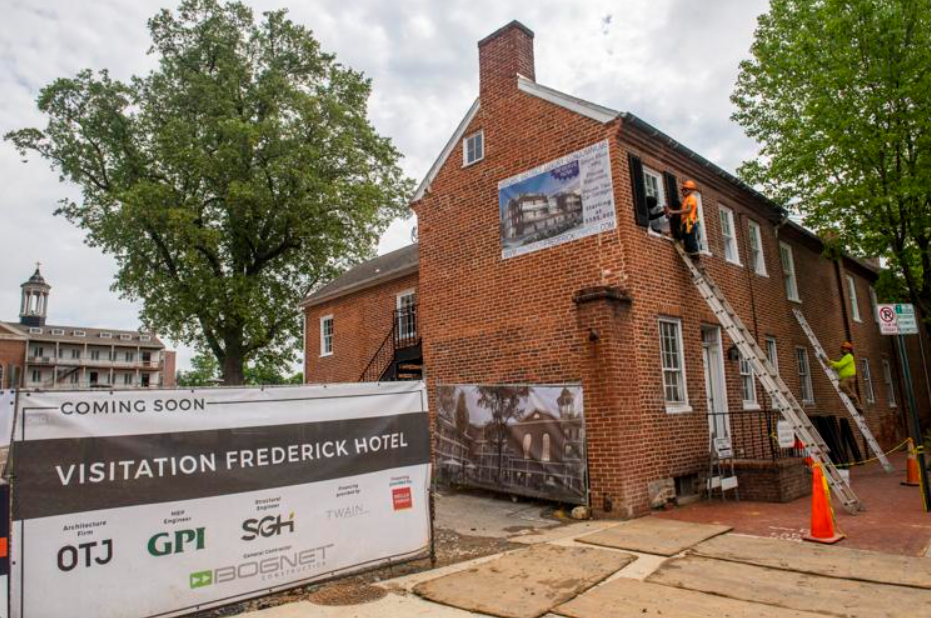 A Marriott branded boutique hotel on the site of the former Visitation Academy on East Second Street in Frederick Maryland is scheduled to open in July 2023, with 57 standard hotel rooms and 10 extended-stay rooms. The project will be affiliated with Marriott, and the property will be known as Visitation Hotel Frederick, a Tribute Portfolio Hotel. Visitation will complement a larger hotel and conference center planned for along Carroll Creek and also run by Marriott.  The Visitation Academy opened in 1846 and closed in June 2016, citing low enrollment. It operated as an all-girls Catholic school for pre-kindergarten through middle school students. The site was used as a hospital during the Civil War, and nuns lived on the property until 2005. About 110 of them are buried in a cemetery in the rear courtyard, which will be preserved as part of the project. Along with the hotel, the property will also contain 11 condominiums. The project team includes: OTJ Architecture, GPI MEP Engineers, SGH Engineers, Twain, Bognet Construction and Harris, Smariga & Associates.
For detailed information on upcoming hotel developments, construction & renovation projects in the planning, design, pre-construction and construction phases including who is involved plus their contact information and our Preferred Vendor Directory & featured vendors please visit: HotelProjectLeads.com and subscribe today.