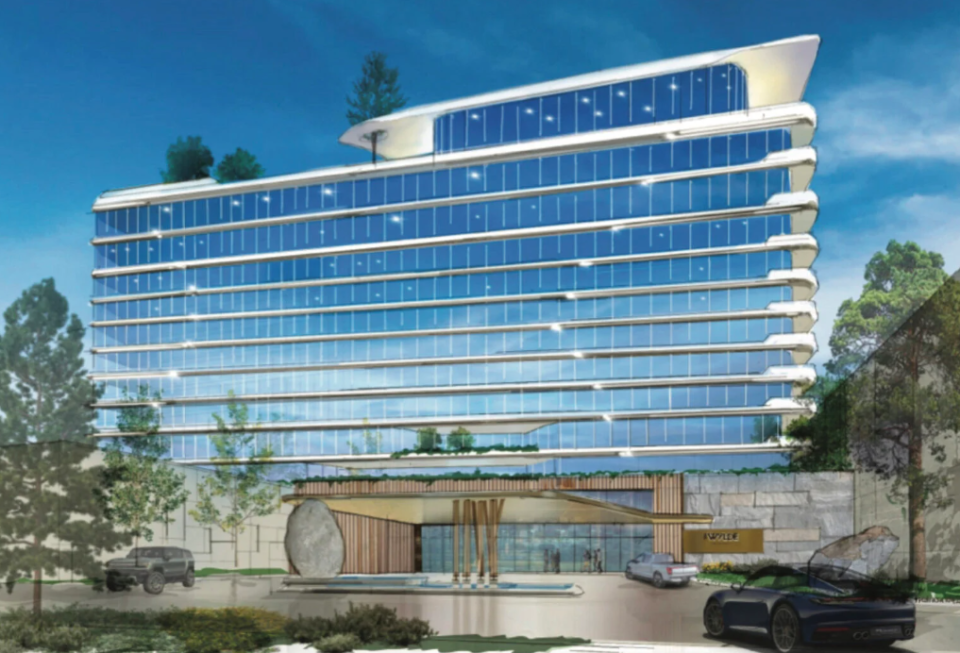 A new casino hotel is being proposed for Reno Nevada with plans to open in four years. Developer Elevation Entertainment led by Ryan Stone is the project’s developer.   The development’s area would cover almost 20 acres that are partially vacant at the northwest corner of the intersection of South Virginia Street and Kietzke Lane.  Plans for the project named Fire-creek Crossing Resort and Casino were submitted to the city and include multiple, large-scale areas. The total building area will be over one million square feet and include a 13-story hotel, casino and convention space. If the plans are accepted, the project would take about two years to break ground and another two years to finish construction. Since the proposed area of the site is already zoned as a gaming overlay district, the project doesn’t need direct approval by the city council to proceed.
For detailed information on upcoming hotel developments, construction & renovation projects in the planning, design, pre-construction and construction phases including who is involved plus their contact information and our Preferred Vendor Directory & featured vendors please visit: HotelProjectLeads.com and subscribe today.