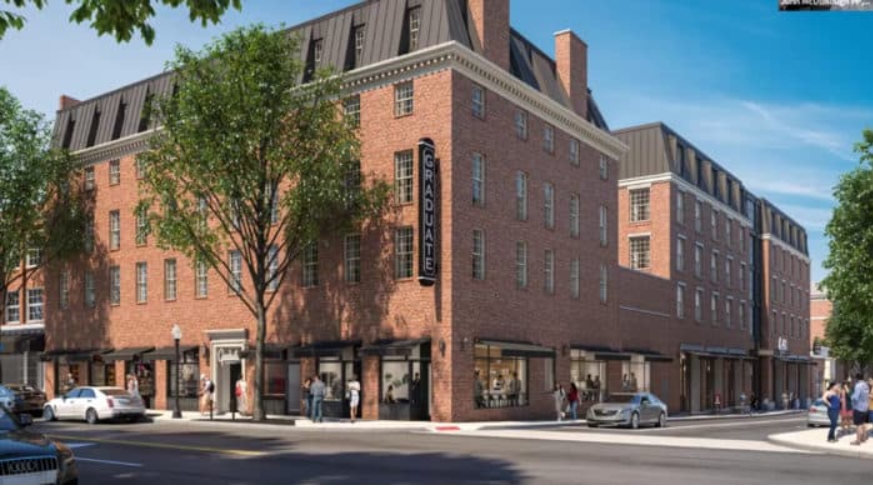 Developers AJ Capital and Graduate Hotels are proposing to build a 178 hotel on the corner of Chambers and Nassau Streets in Princeton New Jersey. The building located at 20 Nassau Street currently home to offices and ground floor retail that would be renovated and converted to a hotel. The building was sold to Graduate Hotels for $32 million. The company wants to demolish the three story rear portion of the building and replace it with a six floor building that would include 130 guestrooms. The front portion of the building would remain and include 48 guestrooms, food and retail spaces, restaurant and bar. Architect Josh Zinder is designing the project. Christoper DeGrezia of Faegre Drinker Biddle & Reath is the owner’s rep. The project is currently being reviewed by the zoning board.
For more information on this and upcoming hotel construction and renovation projects in the planning, design, pre-construction and construction phase including who is involved with their contact information, Project & Supply Pricing Quotes, Preferred Vendor Directory, Careers & Featured Vendors please visit: HotelProjectLeads.com and subscribe today.