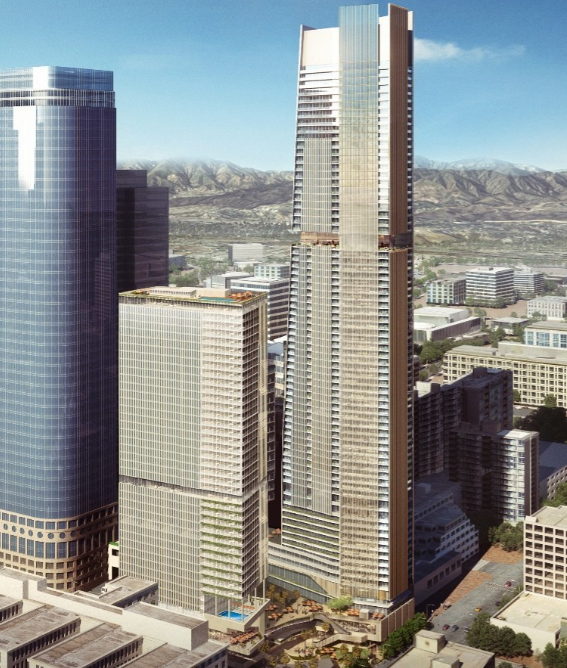 Developers Claridge Properties, Victor MacFarlane of MacFarlane Partners and R. Donahue Peebles of The Peebles Corporation are planning the development of Angels Landing a $2 billion twin-tower luxury hotel project in downtown Los Angeles California’s Bunker Hill neighborhood. Angels Landing is comprised of two towers, each anchored by its own five-star hotel. In addition to the hotels, the development will feature an expansive modern urban park known as Angels Landing Plaza designed to serve as a pedestrian-centered, transit-adjacent, open space environment in the heart of downtown L.A. The project is being designed by Handel Architects.
For more information on this and upcoming hotel construction and renovation projects in the planning, design, pre-construction and construction phase including who is involved with their contact information, Project & Supply Pricing Quotes, Preferred Vendor Directory, Careers & Featured Vendors please visit: HotelProjectLeads.com and subscribe today.