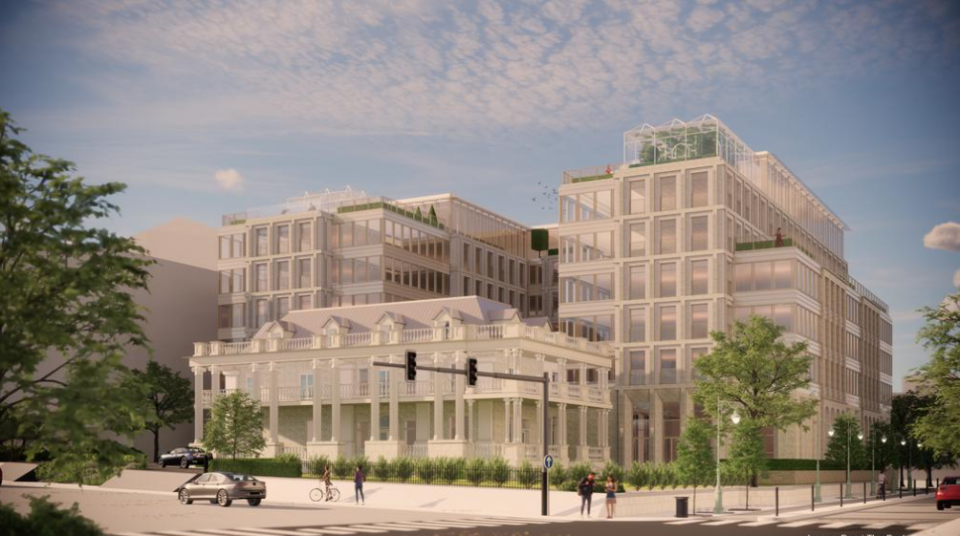 Owner Rex LLC led by CEO Peter Rex plans a renovation and expansion of the historic Hotel Ella in Central Austin Texas that will quadruple the number of guest rooms and add new amenities including the addition an anchor fine dining restaurant, a cigar and scotch bar, roof top garden, underground parking and a basement wine bar. The expansion would increase the Hotel Ella to 213 rooms with 172 parking spaces. The Goodall-Wooten Mansion will remain as is and be home to new the restaurant, cigar lounge and wine bar, but the rest of the hotel will be razed to make room for the expansion. Plans are to make the hotel one of the most high-tech in the world, with features such as voice recognition systems built into the rooms and an in-room, artificial intelligence concierge. The cost of the expansion will exceed $100 million with a plan to start as soon as possible. The 47-room Hotel Ella, at 1900 Rio Grande St., is anchored by the historic Goodall-Wooten Mansion, built in 1898. The Beck Group is the project architect.
For detailed information on upcoming hotel developments, construction & renovation projects in the planning, design, pre-construction and construction phases including who is involved plus their contact information and our Preferred Vendor Directory & featured vendors please visit: HotelProjectLeads.com and subscribe today.