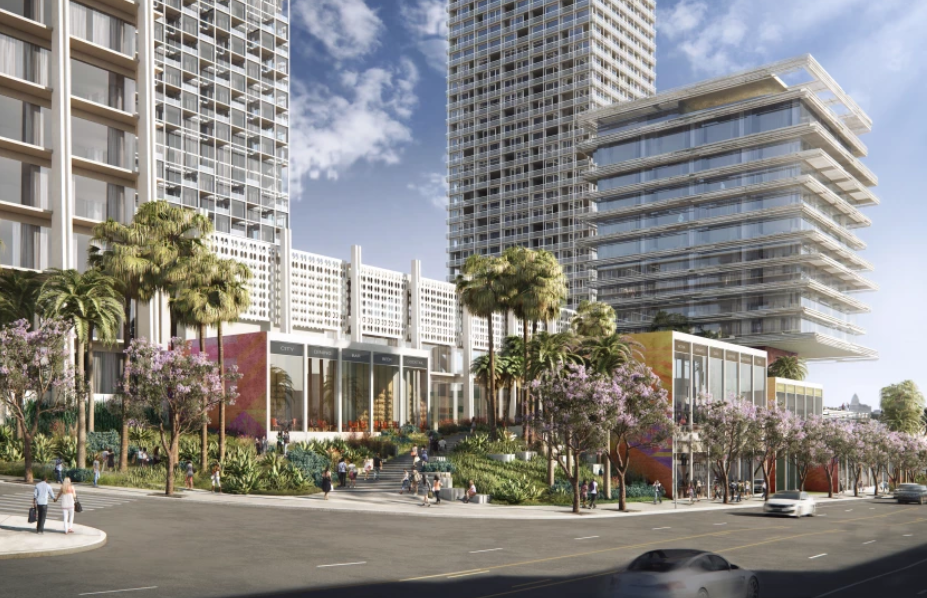 The Los Angeles California City Council approved a mixed use project of high-rises that would bring more than 700 homes and hotel to the edge of Echo Park and Chinatown. The 1111 Sunset project, would add two towers one 49 stories, the other 30 as well as a 17-story high-rise and some two to four-story structures. The project, planned by Palisades Capital Partners, would include a hotel, commercial space along Sunset Boulevard and 737 residential units. Brian Falls, is Palisades’ vice president of development. The project is being design by Skidmore, Owings & Merrill.
For detailed information on upcoming hotel developments, construction & renovation projects in the planning, design, pre-construction and construction phases including who is involved plus their contact information and our Preferred Vendor Directory & featured vendors please visit: HotelProjectLeads.com and subscribe today.