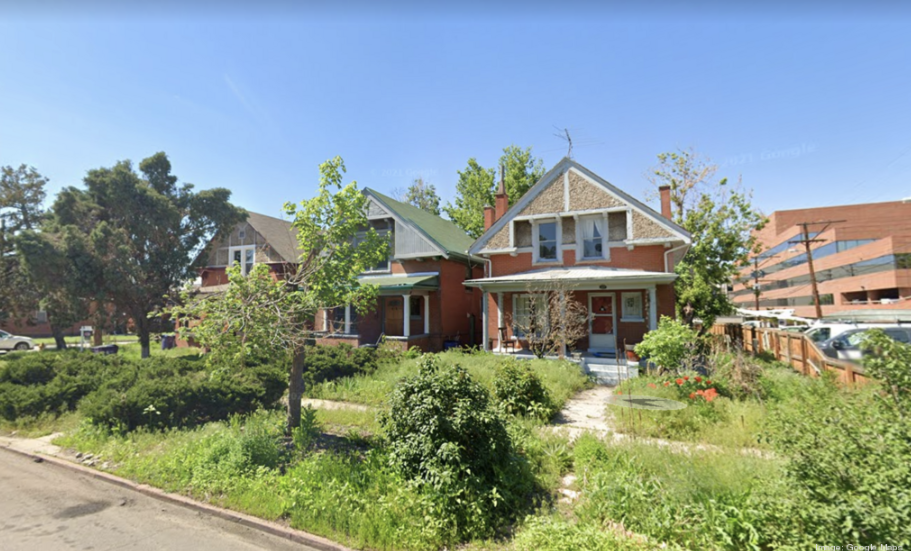 A hotel is being proposed for the Speer neighborhood in Denver, Colorado. Plans were submitted to the city for a nine-story, 123-key hotel under the Residence Inn brand proposed at the corner of East 4th Avenue and Lincoln Street at 101 E. 4th Ave. The 0.36-acre site contains four separate parcels where there are currently three two-story homes. Prior to the Residence Inn proposal designed by RealArchitecture, separate plans were submitted to the city last year that called for a 139-unit apartment building named the Lincoln Street Lofts. The plans for the hotel include a total of 59 parking spaces between a basement garage and spots on the main level, where there will also be a small lobby and a fitness area. On the second level, plans show a larger lobby area, meeting room, courtyard, work areas and employee rooms, in addition to nine guest rooms. Two small outdoor balconies are included for guest rooms on the sixth story. The owner and manager of the property is the Guddanti Partnership
For detailed information on upcoming hotel developments, construction & renovation projects in the planning, design, pre-construction and construction phases including who is involved plus their contact information and our Preferred Vendor Directory & featured vendors please visit: HotelProjectLeads.com and subscribe today.