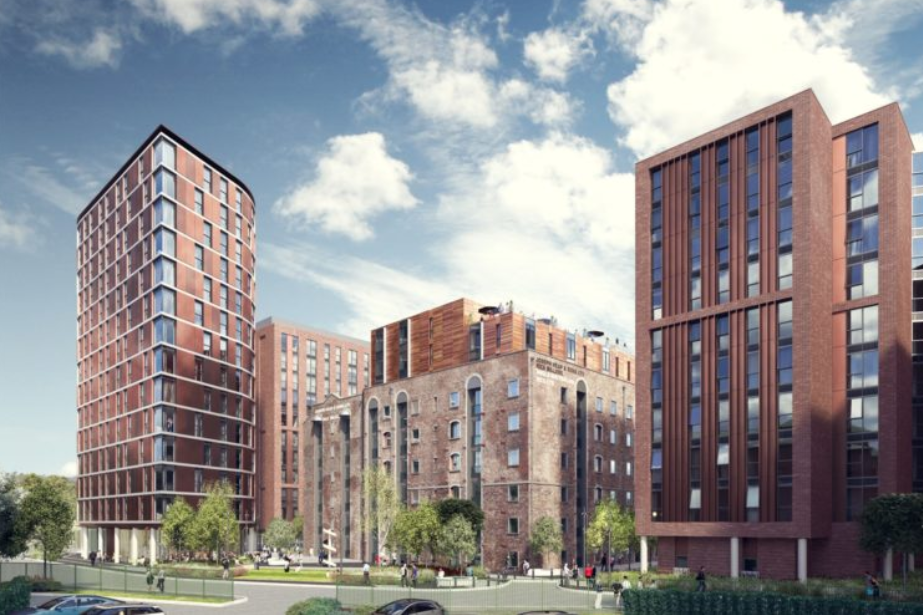 Developer Elliot Group plans to bring a four-star hotel brand to its Park Lane development in Liverpool which includes the historic Heaps Rice Mill.
Elliot is submitting a trio of planning applications to the city council for hotels at three separate locations in the city centre, including an amendment to its £100m Aura scheme on the edge of the Knowledge Quarter and changes to an existing hotel project in Norfolk Street.
Architects at Falconer Chester Hall are working on a new scheme that would see the building being converted to apartments that would be sold.
Four other new blocks would also be included in the mixed-use scheme which could include a restaurant and a new public square and now Elliot has revealed a plan to make one of the blocks a 260-bed hotel.
Elliot is currently concluding negotiations with an international hotelier to bring a new four star brand to the city.
For more information on this and other upcoming hotel construction and renovation projects including who is involved and their contact information please visit: HotelProjectLeads.com and subscribe today.