Hotel Proposed at 7th and Chestnut 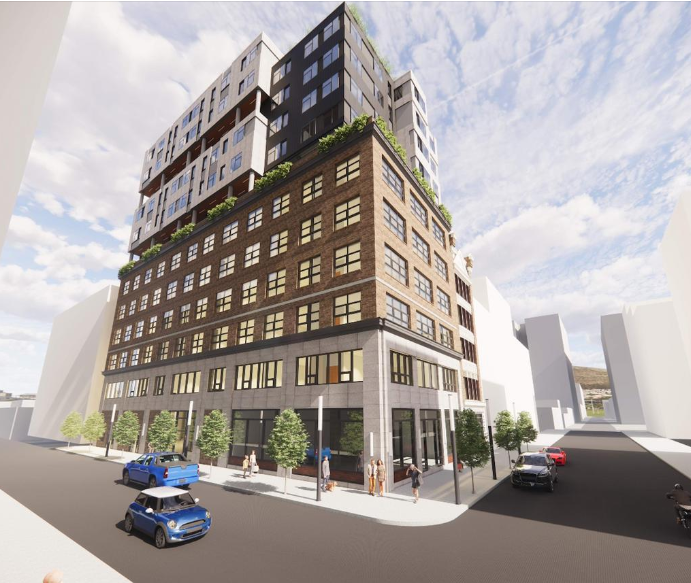 Developer’s Hightop Real Estate and Development plans to build a hotel at 7th and Chestnut streets were given a recommendation for approval, by the Philadelphia Pennsylvania Historical Commission’s Architectural Committee. Hightop Real Estate and Development wants to create a ground-floor restaurant with a hotel above it at 700-02 and 704 Chestnut St. The proposal calls for adding six floors to the existing structure at 700-02 Chestnut and razing the three-story building at 704 Chestnut. Following demolition, 704 Chestnut would be rebuilt with its original five-story facade restored, along with a seven-story addition. Both buildings, at 700-02 and 704 Chestnut St., are listed as contributing to the Chestnut Street East Commercial Historic District, causing the strict review of the project. The building at 700-02 Chestnut St. used to be home to Stephen Starr’s Jones restaurant. Architect Herb Schultz designed the project.
For detailed information on upcoming hotel developments, construction & renovation projects in the planning, design, pre-construction and construction phases including who is involved plus their contact information and our Preferred Vendor Directory & featured vendors please visit: HotelProjectLeads.com and subscribe today.